George Lukas, owner of Ceno Grille, plans to celebrate the groundbreaking of a new, four-story steakhouse and skybar at 1415 Cape Coral Parkway, not far across the Cape Coral Bridge and adjacent to Big John’s Plaza.

Skybar 26, named for the 26th latitude on which Cape Coral Parkway follows almost exactly, will be on the fourth floor.

Construction will commence as soon as the permits from the City of Cape Coral get in hand. They hope to get those by the end of this month. They are hoping to open in November 2020. 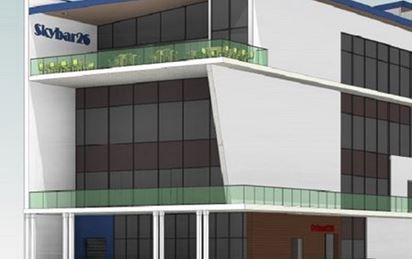