Home to many boat enthusiasts, Cape Coral is a city of saltwater and freshwater canal homes and condos. Boaters enjoy the calm clear waters of the Gulf of Mexico and the white sandy beaches. And it’s the Cape Coral waterfront homes, condos, and parks that attract so many newcomers. In addition to boating, other popular activities here are fishing, swimming, and all kinds of water sports. The miles of waterfront in Cape Coral is the primary reason that CNNMoney voted Cape Coral FL one of the best places in the nation, earning the #2 spot out of 25.

On this trip we took photos of Cape Coral canal homes along the way to create a “virtual tour” of our canal system in south Southwest Cape Coral. View this slide show for a flavor of living the waterfront lifestyle in beautiful Cape Coral Florida and what Cape Coral Real Estate has to offer. In Cape Coral, it’s all about your backyard! 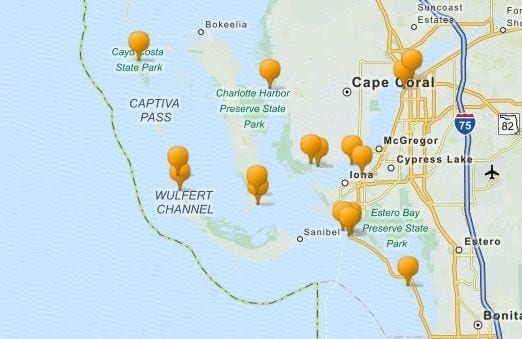 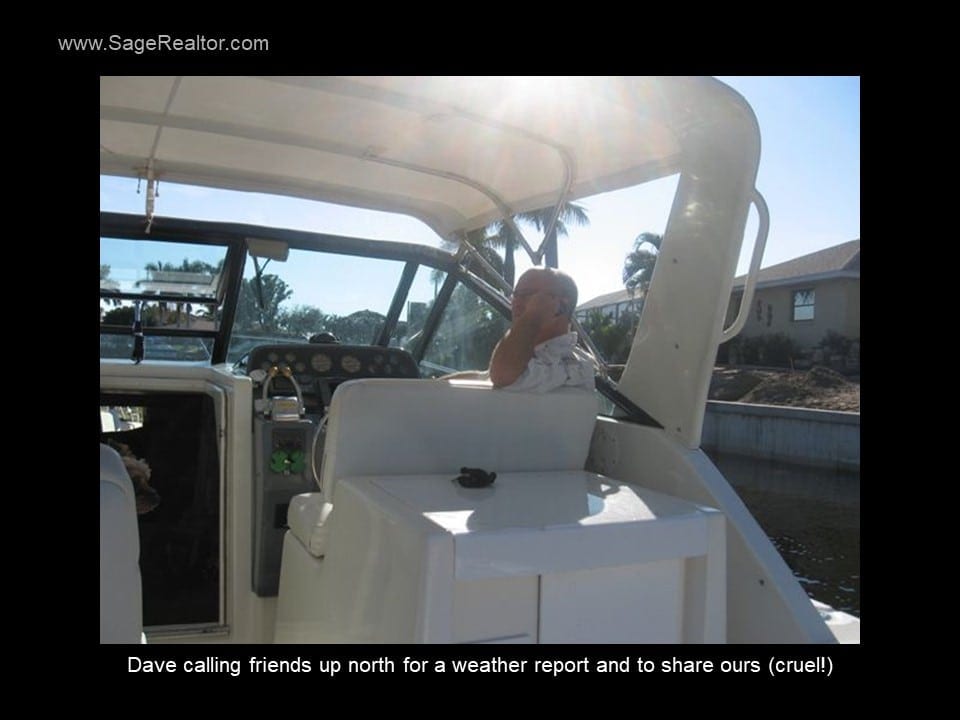 The data relating to real estate for sale on this limited electronic display come in part from the Broker Reciprocity Program (BR Program) of the Bonita Springs-Estero Association of REALTORS®, Florida Gulf Coast Multiple Listing Service, Inc., and the M.L.S. of Naples, Inc. Properties listed with brokerage firms other than Starlink Realty are marked with the BR Icon and detailed information about them includes the name of the brokerage firm with which the seller has listed the property. The properties displayed may not be all the properties available through the BR Program.
The source of this real property information is the copyrighted and proprietary database compilation of the Southwest Florida MLS organizations. Copyright 2022 Southwest Florida MLS organizations. All rights reserved. The accuracy of this information is not warranted or guaranteed. This information should be independently verified if any person intends to engage in a transaction in reliance upon it.

Year over year, Cape Coral consistently ranks as one of the safest cities in Florida. And AOL Finance ranked the city as the 17th safest in the entire United States. Additionally, Forbes, Money Magazine, Movoto, and Bankrate have all ranked Cape Coral in their “best of” lists. Most people buying Cape Coral real estate now are not ready to retire, but are purchasing Cape Coral homes or condos now and setting up a vacation home to enjoy now, for retirement later. Wise move.

Cape Coral offers more than outdoor activity. This vibrant city has a lively art and culture atmosphere, many options for shopping and dining. The many locally owned restaurants with international fare has one food critic calling it “Foodie” heaven. A great community for all ages, from families to retirees, Cape Coral has been named one of the best places to live by many publications and has won numerous accolades over the years.

With many years of experience in Cape Coral real estate, we also know it’s the affordable property, a balmy climate and one of the lowest crime rates in the state of Florida that is attractive. Homeowners on Cape Coral’s 400 miles of waterfront canals enjoy the use of boats docked in the waterways bordering their properties, in marinas, or in boat storage facilities. Cape Coral canals also provide drainage during the rainy season.

One thing that I must caution to anyone reading this about Dave and Brenda is not to assume from their friendly and simple manner that they are not seasoned and knowledgeable about their trade.  Guess what, they really care about their clients, and in such a pleasant and genuine manner that we would suggest to anyone looking for anything in the real estate market in South West Florida that there really is only one couple to work with and that is Dave and Brenda. 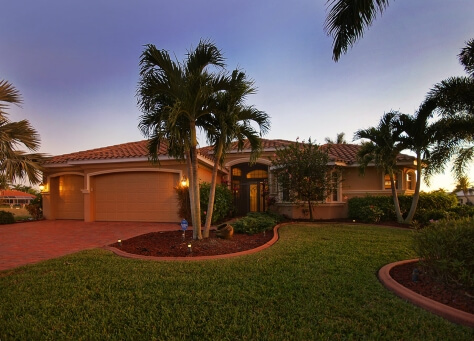 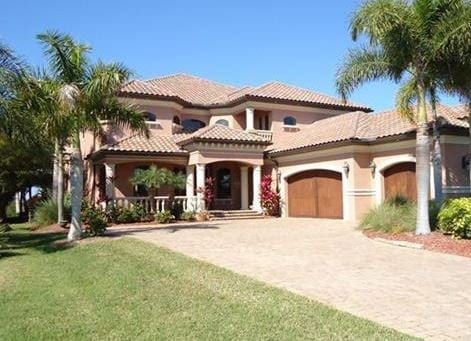 Browse Cape Coral homes for sale that are on Gulf Access canals (one or more fixed bridges) in zip code area 33914. 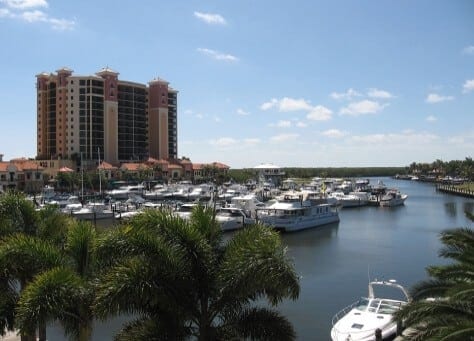 Browse Cape Coral condos for sale that are waterfront in zip code 33914. 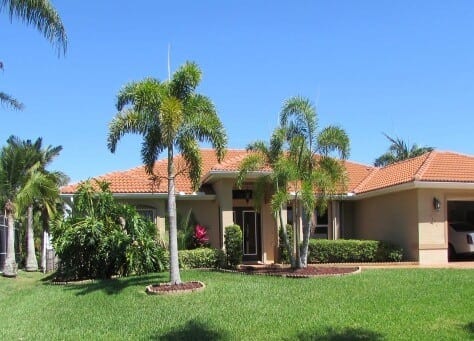 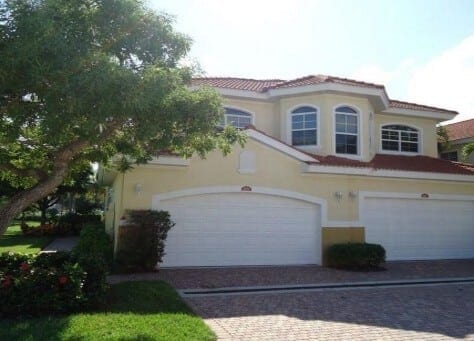 Browse Cape Coral condos and townhomes that are not on the water in zip code 33914. 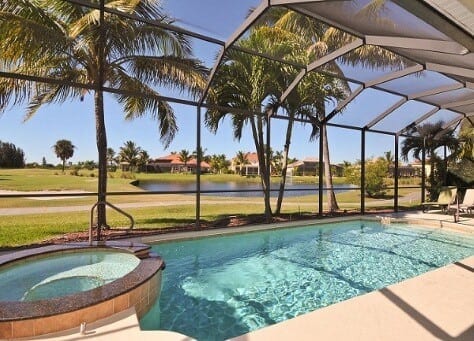 Getting To Know Cape Coral

Casual boaters, casual fishermen, die-hard anglers, sailors…. anyone that loves to be on the water loves having their boat in their backyard in Cape Coral.

Other Cape Coral festivities include the Burrowing Owl Festival, Coconut Festival, , and the Holiday Festival of Lights.

View this canal tour and see some beautiful waterfront homes in Cape Coral, as well as some fun photos taken when we arrived at Cape Harbour. This tour was taken in Southwest Cape Coral on the saltwater canal area known as “Unit 64” which is south of Cape Coral Parkway and east of Chiquita Blvd.

So Many Places to Go

View our interactive map of Boating Destinations in Cape Coral and other areas of Southwest Florida and read about the restaurants, bars, parks, shopping promenades, and beaches that are just a short cruise away.

Read more about Cape Coral and things to do in Cape Coral. For example, the Cape, as the city is often referred to, is home to numerous parks and nature preserves, making it a real paradise for outdoor enthusiasts. Golf is a popular pastime, as well as hiking, bicycling, and birding. And we provide links to the Parks and Recreation web site, including videos of the Cape Coral beach at the Yacht Club.

We have purchased, sold and purchased again from Dave and Brenda. Always treated us with care and respect. Worked hard to achieve pricing we were offering or asking. Great communication skills. Helped to keep us focused and on track to achieve the goal we had set. Have recommended to several friends who share the same experiences as we have. Highly recommend both Dave and Brenda to purchase or sell. 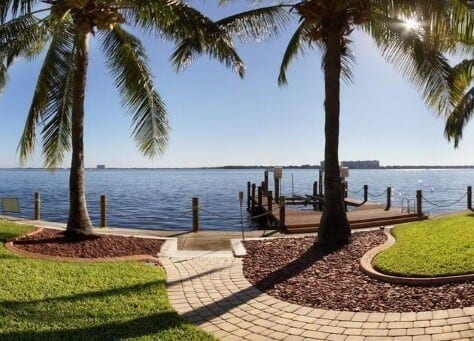 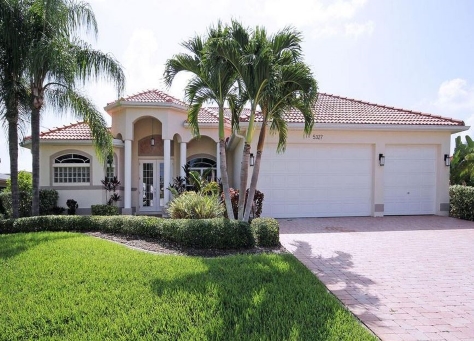 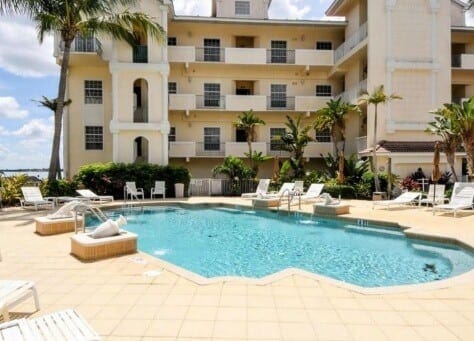 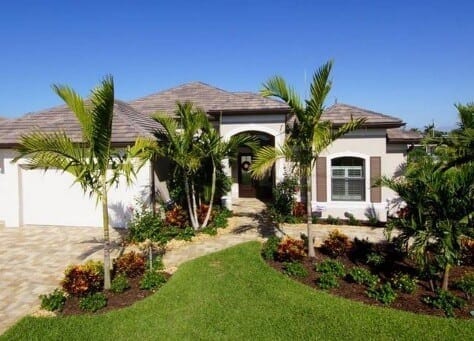 Browse Cape Coral homes that are not on the water in zip code 33904. 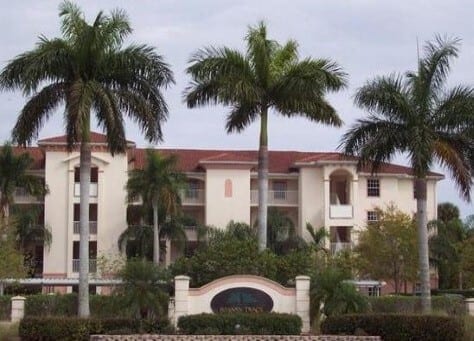 Browse Cape Coral condos that are not on the water in zip code 33904.

A Little History About Cape Coral

The sprawling community of Cape Coral lies on the northwest side of the Caloosahatchee River and includes 115 square miles of land area, only about 35 percent of it developed.

The city of Cape Coral, Florida emerged in Southwest Florida during the late 50’s and 60’s, mostly as wetlands and has now grown into Lee County’s fastest growing city, as well as one of the safest cities in the nation. City officials estimate that the Cape’s current population is more than 150,000. Many of these residents are part time snowbirds that have purchased a winter get-away in this sunny city.

Cape Coral extends from the mile-wide Caloosahatchee to the wetlands on Pine Island Sound. Homes for sale in Cape Coral run from the $100,000s to more than $6 million. The average home price is about $300,000. And it’s more than just a retirement haven. The average age in Cape Coral is in the 40’s. The student population is growing at 5 percent annually.

Get a Home Valuation

Wondering what your Southwest Florida property is worth in today’s market? Ask the Sage! Complete our valuation form and we’ll get you a comparable market analysis. 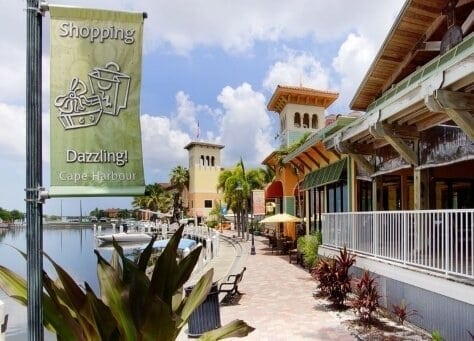 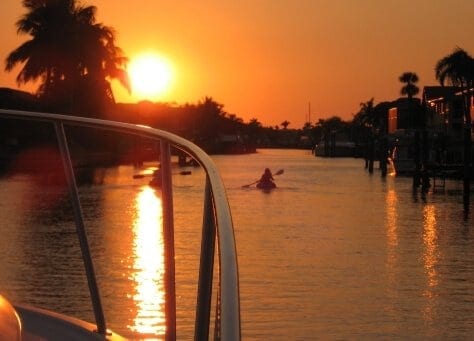 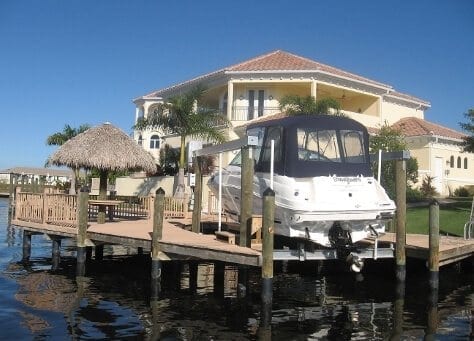 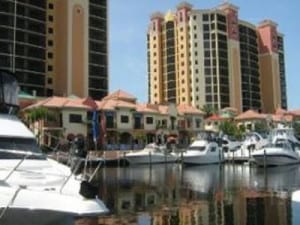 Cape Harbour also has gated access single family luxury homes to the west of the Marina. Most of these homes are on saltwater gulf access canals. There is also a section of offwater homes overlooking a freshwater lake. Continue reading and browse Cape Harbour homes for sale and condo listings: 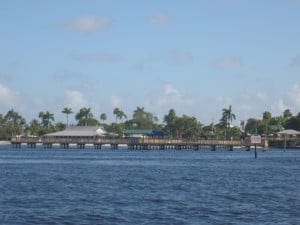 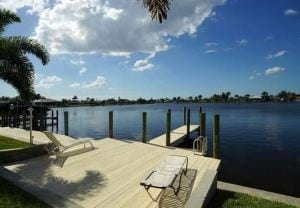 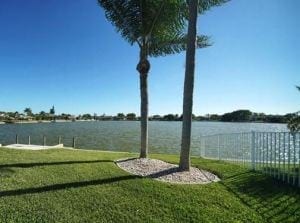 The Shamrock Lake community is comprised entirely of single family waterfront homes. This quiet neighborhood is popular not only because of the gorgeous views, but also because it connects many other freshwater lakes for great boating and fishing. Continue reading and search Houses for Sale in Cape Coral’s Shamrock Lakes area (zip code 33990): 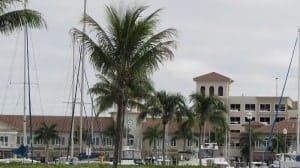 Cape Coral’s Tarpon Point is a waterfront community along the Caloosahatchee River in Southwest Cape Coral (zip code 33914). The community has a deep water marina with slips available for lease. Also within the community is the Westin Resort, the Nauti Mermaid waterfront grill, the Marker 92 fine dining restaurant, and a promenade of shops and other dining options bordering the marina. 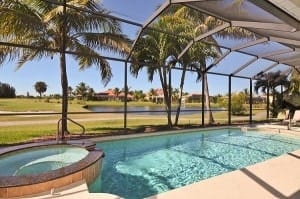 Living at Cape Royal in Cape Coral offers unique relationships for both the golfing family and the family that seeks a peaceful unencumbered view. Homeowners can choose to join the Royal Tee golf club or they may simply enjoy the golf views without a membership. All homesites are oversized and have either a fairway or lake view. Low annual HOA fees are a bonus. Amenities include Clubhouse with a Grill and Lounge, Golf Course, Pro Shop, Tennis Courts, and 22 Lakes. Cape Royal is in the northern part of the Southwest Cape Coral section and is in zip code 33991. Browse Cape Royal homes for sale here or contact us for more information on Cape Coral golf properties: 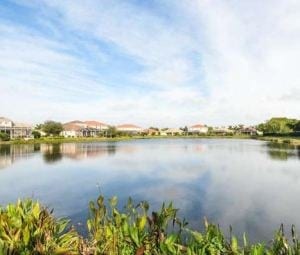 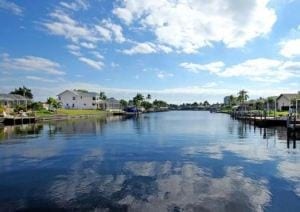 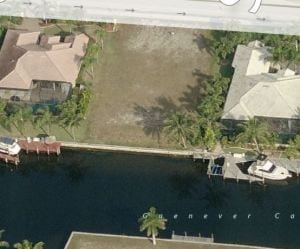 If you are thinking about building a new home, view our Case Study on new home construction. It’s a great story!

Purchasing a Vacant Lot As A Part of Your Retirement Plan

Additionally, purchasing a vacant lot now, while prices are still low, is a great option for people who eventually plan to retire or move to Cape Coral. For example, buy a waterfront lot now with plans to build later, with the safety-net “plan B” option of being able to sell the land later if retirement or move plans change, all the while realizing appreciation on the property.